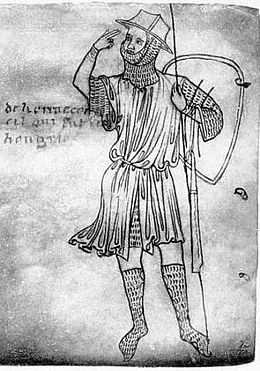 Through his methodical analyses of the individual drawings, Hahnloser enabled scholars to see these drawings with new This subsequently elevated the Villard drawings to a high status they previously had not had, a preeminent place in the history of medieval art they still enjoy half a century later. Hahnloser’s interpretation of the Villard drawings was, however, different from his objective analyses of them, being intensely personal and subjective.

This speculative aspect of his work is to be as greatly regretted as his methodical analyses are to be praised, for his publication established, first in the scholarly literature of medieval art history, then through misinformation transmitted to several generations of students, two fundamental errors concerning the Villard drawings. The first of these was that the Villard portfolio was a Bauhiittenbuch, a shop manual from a northern France building lodge 2.

The second was that only about half of Villard’ s original leaves of drawings now survive 3. French scholars never universally accepted Hahnloser’s contention that the Villard portfolio was a shop manual 4and in recent years a new generation of scholars have. Shelby have argued that this view is insupportable 5. Shelby has also demonstrated that the conclusion reached by Paul Frankl, based on Hahnloser’s Bauhiittenbuch thesis, that the Villard portfolio was a Lehrbuch, a textbook used to instruct medieval masons, is untenable 6.

The onesided- ness of Hahnloser’s and Frankl’ s interpretations is gradually giving way to a more balanced view and to new questioning about the nature and purpose of Villard’s.

This study is a part of this re-evaluation 7. Our detailed codicological investigation of the Villard portfolio offers evidence that Hahnloser was incorrect in asserting that so many leaves have been lost, and corrects the persistent view that those which remain have been extensively rearranged 8.

The generally poor condition of these leaves is accounted for in some instances by the fact that Villard used inexpensive, low-grade parchment n ; in other instances leaves have been scraped to form which roughened and weakened these leaves The inconsistencies in color, quality, size, and texture of the leaves suggest that Villard acquired his parchment from different sources at different times.

These parchment leaves are contained in a supple, dark pigskin portfolio See PL 2 a- bthe rear face of which wraps around the leaves and overlaps the front face, as shown in this sketch diagram:. This assemblage of portfolio and leaves is commonly termed an album in French and a sketchbook in English. The English term is especially inappropriate and misleading, for it implies that Villard possessed a bound assemblage of blank parchment sheets more or less uniform in size. Such fabrications did not exist in the Middle Ages What Villard had were individual sheets of parchment on which he made drawings of diverse subjects at different times This is proved by four observations.

First, several of Villard’s drawings extend into or through the gutter creases of folded leaves, for example, the head of the standing nude figure on fol. The spears of the two equestrian figures on fol.

Neither of these drawings could have been executed in a fe manuscript Second, an inscription on fol. Hahnloser discovered this inscription when he studied the disassembled portfolio in and realized it proved that the drawings and inscriptions were made on loose leaves which were later bound Third, Villard frequently employed drypoint guidelines and pinprick guideholes in making preliminary and finished drawings, especially his architectural drawings 17and in no instance does a leaf now adjacent to another leaf with such lines or holes show any trace of matching indentations or punctures.

If these leaves had been adjacent in a bound volume, some indentations or punctures would certainly have gone through to the leaf underneath. Fourth, a preliminary drawing that we discovered on fol. 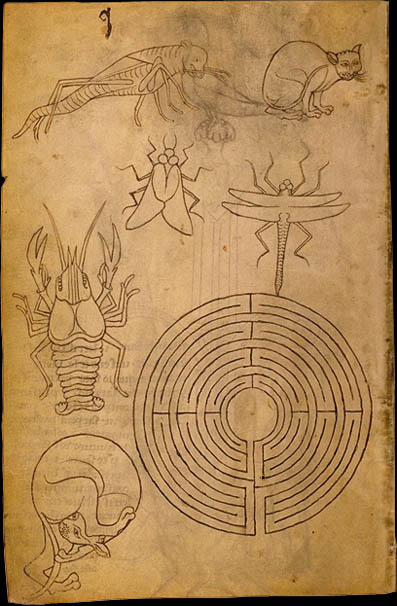 In this position the preliminary drawing could not readily have served as a model for copying or tracing if the leaves had been bound when the finished drawing was made. If Villard did carnef have a bound sketchbook, how did he carry and protect his of individual honneclurt as they increased in number?

He must have kept them unbound, loose, in a portfolio, just as the Hortus Deliciarum of Herrad of Landesberg was originally kept in unbound portfolio form The portfolio now containing the leaves dates from the 13th century, but most authors believe it dates later in the than Villard’s drawings We see no reason why the portfolio now in the nationale could not be the original container of Villard’s drawings.

The Villard portfolio is approximately When lying flat on a table, the rear cover wraps around the right vertical edges of the. Xarnet edge of this overlapping flap originally extended to the middle of the front cover, but it has been vlilard by about 2. On the front cover to the left of the overlapping flap are two identical extrusions, the upper 1.

Each of these extrusions has two holes 0. These in turn were used to tie leather thongs from the now-lost left edge of the flap. This arrangement would have made it possible to secure the loose parchment leaves in the portfolio while Villard travelled. In their current state, the thirty-three parchment leaves are affixed to the spine of the leather portfolio by means of threads stitched through the spine from the inside.

On the outside of the spine are six leather bands employed to strengthen the spine and prevent abrasion to the binding threads To protect the leaves on the inside of the spine, a modern cloth lining had been attached. This portfolio is sufficiently large to have been the original container of Villard’s leaves of drawings. These leaves vary in height and width, but they fall within a range of cm tall by cm wide One commentator has proposed that these leaves were originally some 1.

Even if it were correct, the portfolio would have been sufficiently large to contain leaves of these dimensions, since the portfolio is some 2 cm vlilard than the tallest leaf and sufficiently wide to contain the widest hobnecourt. In summary, there is no reason to suppose that the pigskin portfolio now containing Villard’s drawings was not the original container for his parchment sheets.

At some undetermined time in his life, Villard decided to reconstitute his portfolio of loose parchment leaves into what he thought of as a book: Villard de Honnecourt salutes you and prays, to all those who will work with the devices one will find in this book, that they will pray for his soul, and that they then will remember him. What did Villard do to transform his portfolio of loose parchment leaves into a livre that would, he hoped, be useful to others? He then put the quires into the sequence that he desired Villard also added, or caused to be added, inscriptions to many of the leaves As Robert Willis first observed in 29the inscriptions came after the drawings, for in many instances they were carefully fitted around drawings See PL 4 b.

These inscriptions were added after Villard’ s ordering of the quires was completed, as is evident from those inscriptions which refer to a drawing on a facing page that is not the other leaf of the bifolio on which the inscription occurs The inscriptions attributable to Villard were done quickly, with a single quill and with uniform inking 31and reflect the use of oral language, as though Villard dictated the text to himself or to someone else.

It is possible that Villard dictated his comments to a professional scribe It is certain that Villard took these first steps to transform his portfolio into a bound livre. But he apparently did not complete this transformation. In a technical sense, the portfolio never became a bound book; it remains a portfolio into which parchment leaves have been stitched, as described above.

Various pieces of circumstantial and physical evidence point to the conclusion that the leaves were not actually stitched into the portfolio while it was still in Villard’s possession. It might be supposed that once Villard had gotten the leaves into the order of his preference, he would have lettered or numbered these leaves for easy reference by those who would use his livre, or as a guide to the sequence in which the quires should be stitched into the portfolio.

However, pagination of manuscripts was rare in the early 13th century and Villard of course knew the contents of his portfolio. It is interesting that once the portfolio left his hands, someone found it necessary to attempt a scheme. This effort is not in the scribal hand of the Villard inscriptions, and is commonly believed to be post- Villard, later in the 13th century This would make it an early example of pagination, and the fact that it is incomplete, apparently shortly after it was begun, may reflect the novelty of the project.

In sum, our reconstruction of Villard’s part in turning his portfolio into a livre is that he gathered the leaves into quires, organized the quires in sequence, and added or caused them to be added to certain leaves ; but he probably did not see the quires sewn together and stitched into the portfolio.

There is one other curious piece of evidence that may confirm this hypothesis. Instead, they have been glued to fols. This cutting out and replacement of leaves took place before the pagination, but after tiny slits were cut into the gutter edges of fols. These slits were never used for unlike other single leaves which contain stretched holes where these leaves were formerly sewn into the portfolio.

It thus appears that Honnevourt may have gotten as far as cutting slits in the folios and bifolios for stitching, but for some unknown reason did not see the job through honnecourtt completion.

This cannot be proved. But it seems undeniable that he did not see the transformation through to completion, and that the portfolio and its contents left his possession before the actual stitching was done. Original Sequence of the Quires. The thirty-three leaves in the Villard portfolio are gathered into seven quires as shown here:.

The 15th-century pagination scheme of J. Mancel 37 confirms that the quires have been in their present sequence for at least half a millennium. Careful analysis of the iconographie, linguistic, and pagination evidence in the quires demonstrates that they were in this same sequence in Villard’s time. The same pattern of texting is found in Quire IV, as we will see below. Quire II followed Quire I and is linked to it by the 13th-century lettering scheme, a q on fol.

There is no iconographie linkage between these two quires — the first ends with insects and the second begins with a crucifixion scene — and there is no textual linkage. The 13th-century pagination ends on fol. There are, however, firm iconographie and linguistic linkages.

Quire II ends on fol. Quire III begins on fol. Quire III ends abruptly on fol. Villard’s explanation of this material is found in fol. There is also an iconographical and linguistic parallel to the two texts Quire V begins on fol. Ves la is here employed in contrast to his use of vesci on fol. Quires V and VI are not linked by Villard. The former ends and the latter begins with humans and animals, but these two scenes are unrelated save by superficial accident.

The reason the lion-training scene on fol. Villard wanted the drawing of the Reims nave elevation on fol.